How To Check If Your Car's Alternator Is Working

Of all the parts in your car's electrical system, the alternator is one of the most important. It has a crucial role to play in maintaining the mobility of your automobile. Due to the stresses placed on this unit by your normal daily driving, it may only last between three and four years. How does it work - and how do you know if it's becoming faulty?

How Does an Alternator Work?

The alternator is a device that creates electricity used to run all electrical accessories on your vehicle and to maintain a fully "topped up" and good battery. It is driven by the engine and specifically the belt that connects it to the crankshaft pulley. It is not a generator, per se, as the alternating-current produced by the battery mechanism cannot be stored. This is why the alternator converts the alternating-current to direct current, which can in turn be stored in the battery.

Internal regulators within the alternator help to maintain system voltage at somewhere near to 12 volts. The alternator is not constantly producing electricity, as most people believe. As demand fluctuates, it turns itself on and off. Now, this is why it has such a close relationship with the battery, as the electricity stored in the battery operates as a kind of  "buffer" to drip feed the electrical demands placed by the car when needed. I

How do Problems Arise?

Problems arise due to the demands drivers place on their vehicles. Heating and cooling in particular have a large electrical draw, as do high-powered sound systems. Note that if an alternator fails, this could have a knock-on effect and can cause a battery to fail as well. The opposite is also true. If you have a faulty battery, make sure that you charge it as soon as possible, because if you don't, it will place a larger than normal load on the alternator and cause that to fail too.

How Do You Know if the Alternator is OK?

The main thing you can do is to keep an eye on the warning light on your dashboard for warnings of issues.

If the light does not come on when you first turn the ignition key, leave the switch in the on position without cranking the engine. Remove the plug from the alternator and make sure to ground the wire connected to the "1" terminal. If the light comes on, then the wiring is good and the alternator is bad. If the light doesn't come on, the warning bulb should be checked, or there is a fault in the wiring to the light circuit. You should also check the fuse that controls the lighting circuit. This should be labelled as "charging."

If you do need to have the alternator changed get an auto electrician, such as Autoco Phillip, to do so as soon as possible. 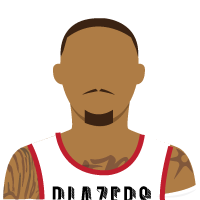 Hey! My name is Damian and this blog contains some very important information about caring for and protecting your auto. I am not an automotive expert but I do have some experiences which have taught me some important lessons. When I bought a new car a couple of years ago, I was so happy. However, that happiness turned to anger when someone broke into my car. They didn't manage to drive it away but I was super mad. My friend who works in an auto shop recommended that I buy some accessories to improve the security of my car. He also gave me some great tips on how I could keep my car secure.